Of all manufactured goods in Canada, cars and car parts are the country’s most valuable export commodity. Even in its early days, the auto industry has always relied heavily on cross-border trade, mostly in North America. Unfortunately, Canada’s relentless pursuit of so-called free trade agreements, including with low-wage, low-cost and import-resistant jurisdictions, contributes to a competitive imbalance for the domestic auto sector. Consider that Canada for much of its history exported more vehicles and parts to the world than it imported. In 2005, Canada reported its last annual trade surplus in automotive trade of $4.5 billion. Since then, Canada’s automotive trade deficit has risen to more than $37 billion in 2021, a new record.4 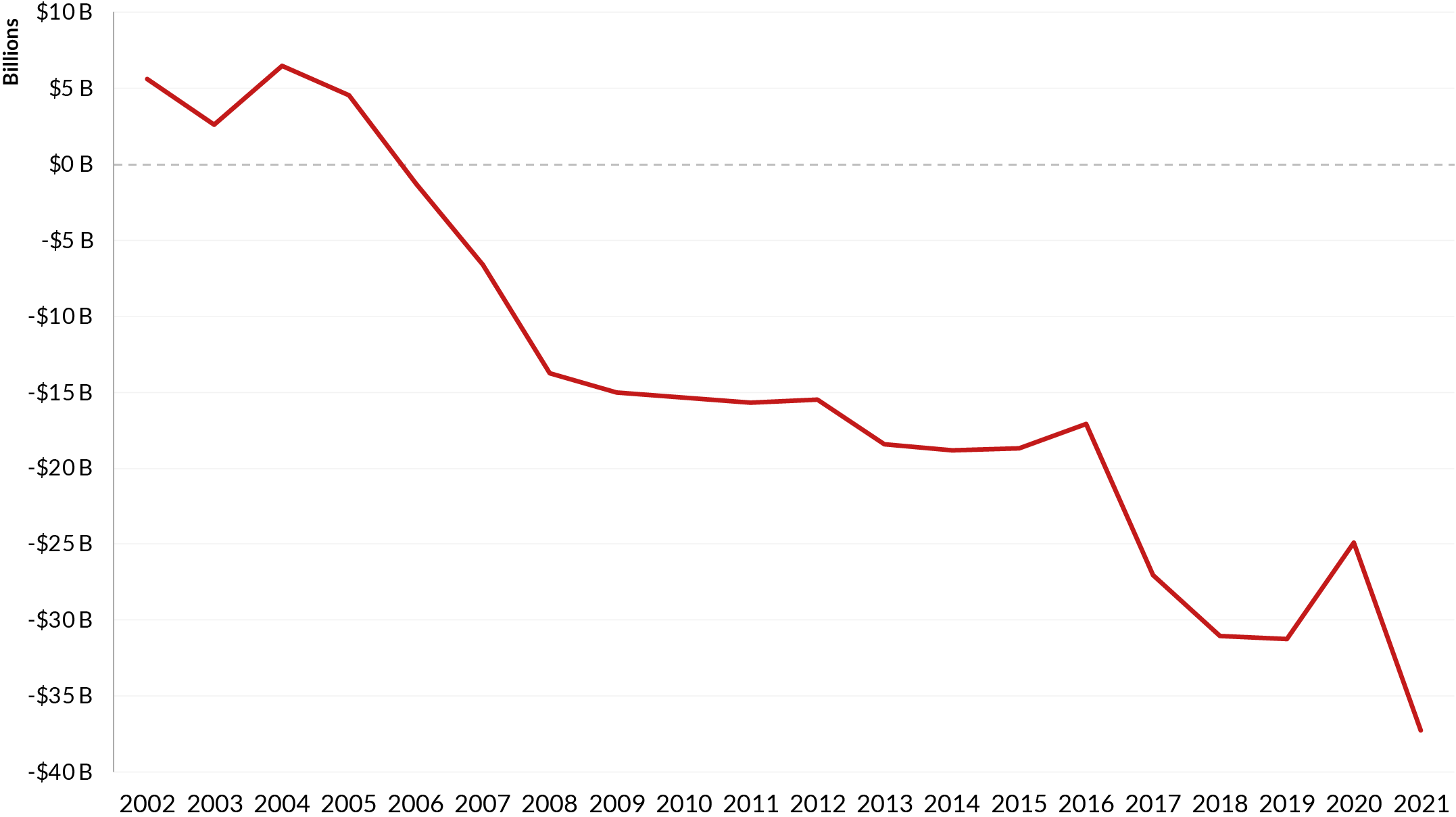 For many years, Canada dangled access to its vehicle market and, by extension, the North American market, as a carrot to secure new free trade agreements including with Mexico, Korea and the European Union, among others. This approach has put added pressure on Canadian autoworkers to have wages cut and other costs, under threat of offshoring and job loss. Stronger auto trade and labour provisions in the new North American trade agreement that replaced NAFTA, the Canada-US-Mexico Agreement (CUSMA), are a shift in the right direction, but leaves room to do more. Canada must advocate for trade policies that expand, not harm, the domestic auto industry and its workers, by renegotiating or withdrawing from trade treaties that fail to meet this objective.