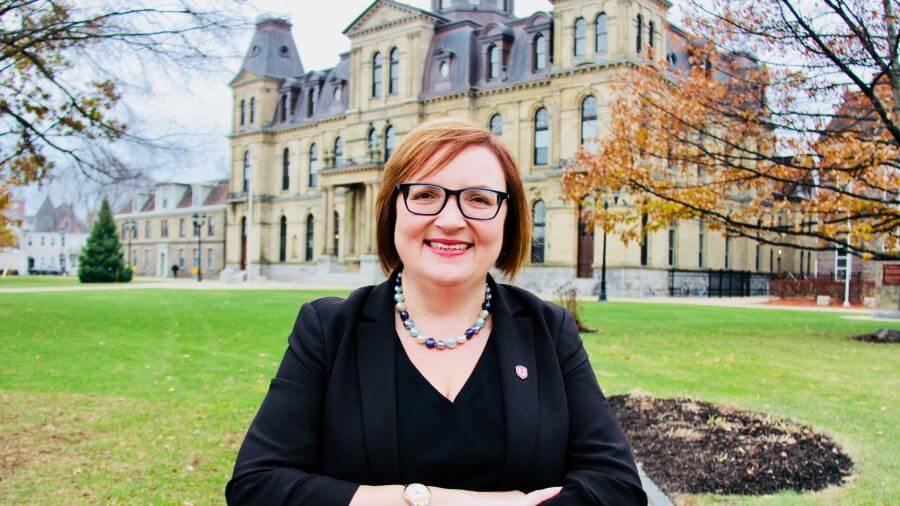 When Unifor members ratified new collective agreements with Ford, Fiat-Chrysler and General Motors in the fall of 2020, ushering in a first wave of large-scale battery electric vehicle assembly mandates, we knew something big was about to happen.

With EV sales set to skyrocket, these investments breathed new life into factories in Oakville, Windsor and Ingersoll, securing thousands of good, union jobs. As the global auto industry began its march toward electrification, Canada – for the first time, in a long time – was in the driver’s seat.

Of all the places in the world to build cars, only Canada boasts all of the necessary elements to succeed. We are blessed with a full storehouse of critical minerals, an abundance of clean energy, established network of parts suppliers, renowned innovators, and arguably the most skilled and talented labour force in the world.

It made perfect sense for Canadian governments to double-down on the mandates we bargained, invest in this once-in-a-generation industrial transition, and commit to lead in this growing, EV space.

Last week, those efforts paid off – in a big way.

Stellantis and LG Energy chose Windsor-Essex as the site for its first ever North American battery ‘gigafactory’. This $5 billion joint venture facility marks the largest automotive investment in Canadian history, and the most consequential investment since Toyota built its last assembly plant in Woodstock more than a decade ago.

The projected 2,500 new jobs will bring opportunity to a community long recognized for its manufacturing expertise. They also bring new hope to a generation of workers who have watched the manufacturing industry decline, with plant closures, offshoring and mass layoffs.

Breaking ground on this 4.5 million square foot factory will go a long way to shedding that stigma and show that Canada’s industrial heartland has a bright future.

The positive effect of this announcement stretches far beyond Windsor-Essex too.

The plant’s 45 gigawatt-per-hour capacity could turn out enough batteries to feed at least two fully utilized auto assembly plants. This not only bolsters future prospects at the Windsor Assembly Plant for new EVs and hybrids, it may also signal a vote of confidence for Stellantis’ Brampton Assembly Plant – a vitally important Canadian auto facility that now has a stable, local supply of batteries, should it transition to EV production.

In fact, the plant will generate an additional 10,000 spin-off jobs, throughout the parts supply base and elsewhere in the economy.

More remarkably, this announcement was not the only bit of good EV news. Rather, it capped off an extraordinary month of rapid-fire, auto sector investment throughout Central Canada.

General Motors, in a joint venture, announced plans to set up a cathode active material (CAM) factory in Bécancour, Quebec feeding its Ultium battery factories in the United States. Just days prior to that, BASF committed to building its own cathode plant – not far from the GM facility.

All told, these additional investments will inject hundreds of millions of dollars into the economy – along with hundreds, potentially thousands, of new jobs.

What inspires me is I think this is just be the beginning.

Canada’s mining sector is set to grow in the coming decade, unearthing and processing the critical minerals needed to support this electrification shift.

Whether all of these investment prospects pan out for Canada, is hard to tell. This is why Canada still needs a cohesive industrial policy to identify and advocate, as Unifor will, for every single bit of the EV supply chain investment we can get.

How we use this transition to advance job protections for autoworkers, and preserve collective bargaining rights, is another key – and a top priority for our union.

Ensuring this transition also supports efforts to promote greater diversity and workforce inclusion as well as reconciliation efforts, is imperative.

Despite the larger challenges, it is clear that Canada’s pivot to EV production is no longer a pipedream – it is happening, in real time.

What started as a bargaining table conversation by Unifor members in 2020 has revolutionized an industry and Canada’s hopes for a more sustainable future.