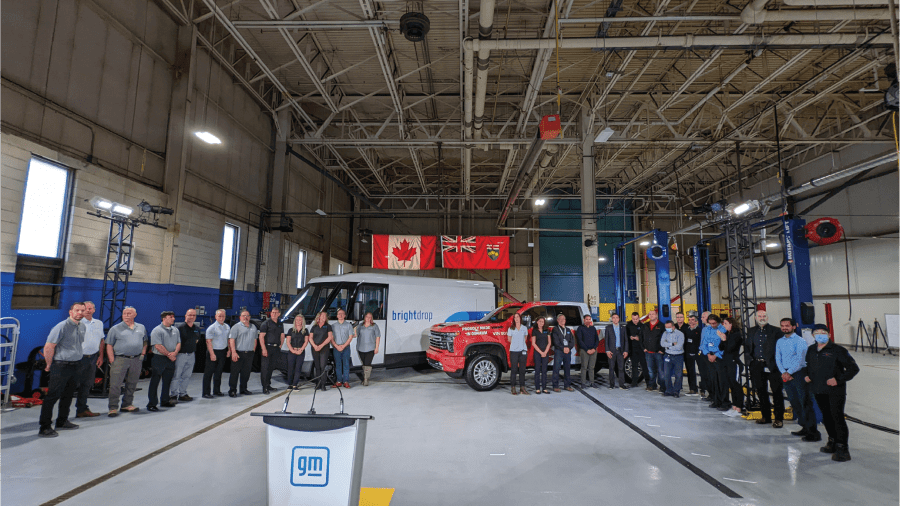 OSHAWA — Unifor welcomes today’s announcement that federal and provincial investments for General Motors have been finalized and will help secure a third shift at the Oshawa plant and Canada’s first full assembly line retool to build electric commercial vehicles in Ingersoll.

“This is a proud moment for Unifor members at General Motors,” said Shane Wark Unifor Assistant to the National President. “Today’s funding announcement was years in the making and shows how much we can accomplish when autoworkers, automakers, and governments work together.”

The federal and provincial government have now finalized funding agreements of $259 million each as part of the General Motors $2 billion investment in both plants. The investments deliver on promises made to Unifor during consecutive rounds of collective bargaining negotiations with General Motors in 2020 and 2021.

In Oshawa, plans are in place to commence production of light-duty Silverado trucks and add a third shift at the plant this summer bringing the total number of direct jobs to 2,600.

“Adding a third shift at GM Oshawa is great news for workers and their families. These investments are vital to making our city, the region and the auto sector as a whole much stronger,” said Jason Gale, Local 222 Plant Chairperson in Oshawa.

The funding will also support the re-tooling of GM’s CAMI Assembly Plant in Ingersoll, which will become Canada’s first mass-market producer of electric commercial vans. Unifor members will begin assembling the automaker’s new line of BrightDrop electric delivery vehicles by the end of this year.

Unifor is Canada’s largest union in the private sector, representing 315,000 workers in every major area of the economy. The union advocates for all working people and their rights, fights for equality and social justice in Canada and abroad, and strives to create progressive change for a better future.